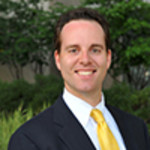 Dr. Eric Blum was born and raised in Pikesville, Md. He graduated with highest honors from Emory University in Atlanta, Ga. in 1998 and received his M.D. degree from the University of Maryland School of Medicine in 2002. He completed his internal medicine residency at Barnes-Jewish Hospital in St. Louis, Missouri in 2005, followed by his gastroenterology fellowship at University Hospitals Case Medical Center in Cleveland, Ohio in 2009. While in Cleveland, Dr. Blum also received his M.S. in clinical research.

Dr. Blum is a member of the American Gastroenterology Association, the American College of Gastroenterology, and the Crohn’s and Colitis Foundation of America. He is Board Certified in both Internal Medicine and Gastroenterology. His special interests include Crohn’s disease, ulcerative colitis, and microscopic colitis (lymphocytic/collagenous colitis), but welcomes any patient with gastrointestinal problems.